In a world of faceless, anonymous men, Anna seeks to avenge her younger’s sister’s suicide to the hands of a ruthless pimp. During this hunt, she encounters a mysterious woman who recruits vulnerable girls to come and work for the criminal.

Born in 1971 in Montreal, Paul has become an experienced and successful producer, with production credits such as Arrival by Denis Villeneuve. We Had It Coming is his third feature as a director after We Have Forever and Winter Passed.

I wanted to make a Film Noir about a character struggling to move beyond grief and looking for some form of justice in the world. Like most male directors often do, I projected myself into making the lead a man, but once the script was completed, I decided on changing the first name, and making the protagonist a woman without editing the script. At first this felt counter-intuitive, but it actually allowed me not to apply any preconceived gender filter to the character and truly make her unique as she is portrayed so powerfully by Natalie Krill.

Natalie has been on stage from a very early age, ever since she signed herself up for dance lessons at the age of 6. Today she is a rising star in Canada's film scene, best known for her 2016 LGBT drama Below Her Mouth.

An award-winning Canadian actress of film and television. She is best known for her work on Netflix's Dirk Gently's Holistic Detective Agency and Bates Motel but has also starred in blockbusters such as Jack Reacher.

A seasoned veteran of TV-shows and movies. The Montreal-based actress is best known for roles such as Christina Onassis in the mini-series The Kennedys After Camelot as well as her work on Murdoch Mysteries. 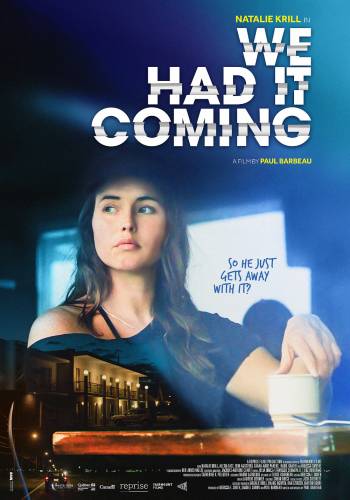