Owen Mc Bride, a young half Gypsy, sits on the fence between both Gypsy world and the Gorgi, a non Gypsy world. He lives in a no-man’s land between the two societies and tries to keep his distance from both. But both worlds encroach and threaten Owen when he becomes involved in a doomed robbery…

Benjamin Johns has established himself in the UK film Industry over the past 7 years with 7 years of producing before that which included a Bafta Film Nomination for a short film. He has directed a number of high-end shorts, feature documentaries and commercials. Recent highlights include award winning “Traffic Warden” , “Old Harry” Starring Robert Hardy and a film poem for BBC 2 Starring Hugh Bonneville and his most recent short “Lake Land Falls”. He is securing financing to his next feature film “IN BETWEEN THE WAVES “a boat and road trip from Australia to Indonesia. He has several other exciting films in development.

I am very proud of my Directorial Debut feature film. I was drawn to the story and immersed myself in the world before shooting began. We captured a world that has much interest yet rarely seen on the big screen. All our extras are real Travellers. This is a story about a young mans journey of self discovery but as he finds having a foot in both worlds brings lots of trouble for himself and the people he cares for. I am very pleased with the emotional journey that the film takes the audience on and my lead does the role proud in his first film.

Billy Cook – Owen
Billy Cook is our lead actor, he is well known as an excellent and powerful actor leading the film with his breakthrough performance, and son of The “David Essex” . The powerful energy on camera between father and son creates a unique feel for the film that carries both performances forward to achieve award winning performances.

David Essex – Blackberry
David Essex is a well known singer and actor; he has built up a huge fan base all over the world. David Essex enjoys a remarkable career that has combined concerts, records, theatre, composing, films and television with striking success. He has written, recorded and produced albums and singles that have sold millions of copies worldwide - twenty-three Top 30 singles in Britain alone. No only is he a Key Actor in the film he has composed the entire music score for the film, with a mix of new and old sounds. The album will be released to coincide with the film release.

Lois Winstone - Litzy
(Daughter of Ray Winstone) who plays beautiful Litzy, a gypsy woman that Owen is drawn to which leads to an encounter that is taboo in the Traveller culture. Lois has appeared in many films as an established actress having been in, The last Orders with Michael Caine, Tamara Drewe , The Hot Potato along side her father Ray Winstone as well as appearing in Holby City, The Bill and many more. 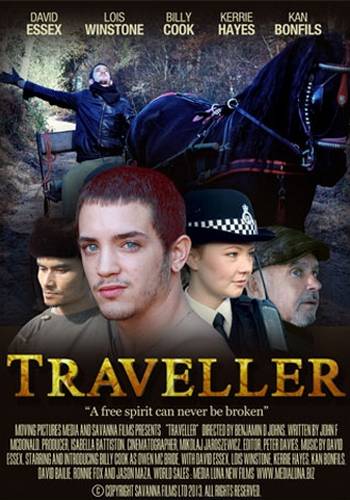