With poetic sensibility, Stolen Dreams tells the story of three adolescents who live in a peripheral neighborhood in Rio de Janeiro. Dysfunctional families, early pregnancy and lack of money are daily realities. They end up turning to prostitution as a solution. Even under such circumstances, they have a great sense of humor as they make decisions and try to enjoy life as it is: a new boyfriend, a funk party or a dreamed of mp3 player.

Jessica (Nanda Costa) divides her time between taking care of her grandfather Horacio (Nelson Xavier) and her daughter Britney, whose father is Andresson (Silvio Guindane), an evangelical devotee. Daiane (Amanda Diniz) is always trying to win the affection of her father, Mr. Germano (Angelo Antônio), a distant man who is reluctant to help her give a 15th birthday bash. Sabrina (Kika Farias) completes the trio from Stolen Dreams and falls in love with a drug dealer from the community.

Despite all their problems, the girls try to achieve their dreams. They make sure they have fun by going to funk parties or skipping school to go to the beach. The three friends talk to each other about their problems, which include the lack of teachers in their public schools as well as the difficulties of prostituting themselves to older men. Stolen Dreams shows the specific issues of low-income communities in Rio de Janeiro, but also touches upon universal dilemmas experienced by all low-income adolescents despite the cities they live in.

Sandra Werneck’s directing career includes short, medium and feature documentary and fiction films. CAZUSA – TIME DOESN'T STOP, co-directed by Walter Carvalho, was one the most celebrated Brazilian films in the past decade, with three million viewers in Brazil. Her romantic comedies LITTLE BOOKOF LOVE and POSSIBLE LOVERS were also box office hits in Brazil and won national and international prizes. POSSIBLE LOVERS was awarded the Best Latin-American Film Prize at the Sundance Film Festival, in 2001. Although Sandra Werneck is known by the public for her romantic films and the cine-biography of Cazuza, she started her career directing non-conventional format documentaries on strong social themes such as PRISON SENTENCE, RITES OF PASSAGE, LADIES OF THE NIGHT, PROFESSION: CHILD, KIDS' WAR and the most recent TEEN MOTHERS. 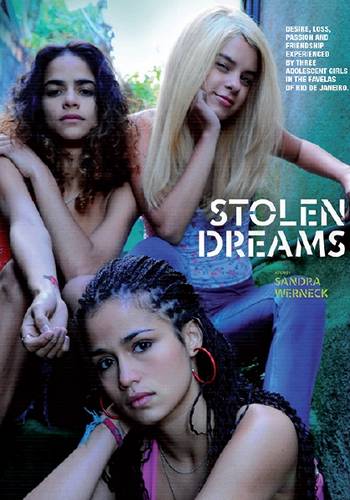