Helene, mother of two, will not be discouraged. Everyone tells her that her husband Robert, who has been missing since a maritime disaster, is dead. But his body was never found. And Helene is certain that Robert is still alive and will return. And sure enough, one day there he is, right in front of her at a concert. A tightrope walk between reality and illusion begins for Helene.

Matthias Luthardt after his studies in directing he co-founded the film production company “risingstar” and participated in the master class of the German-French Film Academy Film Academy Baden-Württemberg/FEMIS Paris. Matthias’ first feature film “pingpong” premiered in the Critics Week in Cannes 2006. In 2007, M.L. founded FRENCH EXIT in order to co-produce his own films and contributed to the episodic documentary “Jesus Loves You” (Berlinale 2008). Recently, he took part in the huge multimedia project “24h Berlin”, which portrays the city of Berlin, 20 years after the fall of the Wall. Matthias Luthardt is a member of the European Filmacademy.

"Coincidence only makes sense with you“ sings Björk.

Only with you does coincidence make sense. I had to think of that when I read the novel “Der Tag, an dem ich meinen toten Mann traf”.

Helen encounters her husband who has been declared dead. Suddenly. Coincidentally.

Coincidentally? A mistake? The truth? For Helen loves Robert, and for Helen, love means holding on instead of letting go. Believing instead of giving up. That makes her strong character, one with whom I´d like to send the viewers on a trip through the night. 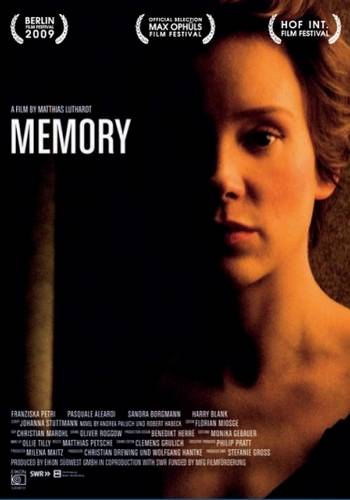