A character driven story about a 13 year old Philippine-American girl struggling to survive in the streets of Manila. Social worker, Claire, tries to save her but this hard headed girl thinks she can take her life in her own hands.

The film is based on interviews with Lilet, a little girl, who became Manila’s most famous street child.

Jacco Groen was 18-year-old when he shot his first 35mm short film VADERTJE TIJD. He studied at the R.I.T.C.S. in Brussels and at the NFTVA in Amsterdam. He won several awards as a scriptwriter, and as a film director he made more than ten 35mm films. With his short film SOLINA (1994) he won three prizes at the Berlin International Film Festival. He is the managing director of Spring Film and co-founder of the Spring Film Foundation.

I met Lilet in 1997 while doing research for a documentary. She, 13 years old, stayed at a mental hospital, following a suicide attempt. She’d been the most popular child prostitute among Caucasian pedophiles for two years. With tears in her eyes she told me: “Everybody is only interested in my body but no one wants to know what’s under my skin. So I thought, when I’m dead they can have my body and I don’t feel it anymore”. For me she is the symbol of a broken mind in a perverted society. When I returned to Manila to make a documentary about her, she was nowhere to be found. After an intensive but fruitless search I decided to tell her story through a feature film. In my opinion she was the toughest and most battered girl I’ve ever met… and even 15 years later I remember her face like it was yesterday. 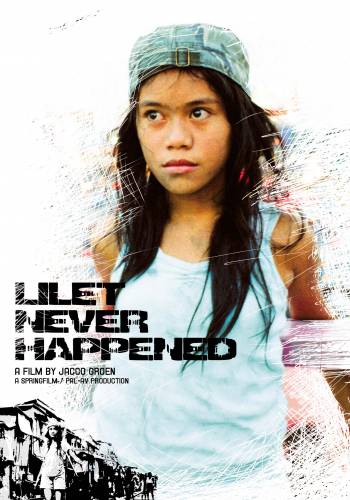