Many stories happen simultaneously through Internet. In the real world, people are lonely, isolated, desperate for finding love, friendship and tenderness. They project themselves as superheroes, with infinity of friends and hypersex. They live asphyxiated in front of their machines, unable to live with the people that surround them, exasperated for finding a pinch of love in the fantasy of the net. Outside the virtual world, they do not exist.

Alexander Katzowicz was born in Israel and later on he moved to Madrid. In 2000 he started his professional career working in the post production of the feature 9 QUEENS. From 2001 to 2013, he dedicated his life to cinema and literature. He shot some documentaries in Europe and Latina America and made animation stop motion films and kept working with post production. INTERNET JUNKIE is his first feature.

Since the revolution of the Internet and the total submission of people to this new order and its devices, cinema has become a dieing art. Watching films, relating to people, loving and having sex have become an online thing. We certainly cannot live without Internet. With all its advantages, however it’s turning humanity into zombies. Many people cannot notice it and still live in wonderland.

Antonio Birabent started his film career with TANGO FEROZ (1993) by Marcelo Pineyro. His second feature was SMALL MIRACLES by Elisha Subiela. He starred a major protagonist in Canal 9 in a daily show TIME DOES NOT STOP. Since then he has been in several TV Series including the Dutch "Julia's Tango" and Telefe: Cain and Abel. 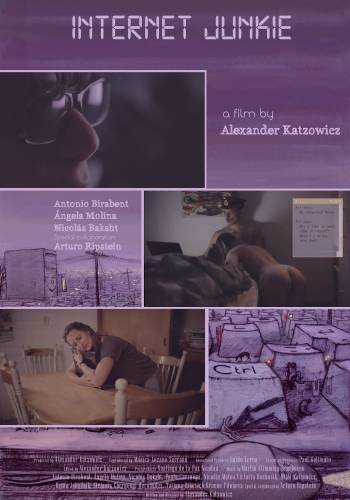