It is not easy for Marco Stemper. Together with his family he lives in a suburban colony of high-rise flats near Duisburg, his father is alcoholic, with his excesses he tyrannizes mother and sister. Marco only finds respect in boxing, his great passion. The 19 year old teen is the most talented amateur boxer in his club. His deficit: Marko has not got technique, he simply trashes down his rivals in the ring. Fortunately he has Bülent, his best friend. He coaches nearly every day with him. Together they dream of a career as box professionals.

One day Gerd Hermsbach, a locale demi-monde celebrity, offers him a pro-career. Marko sees his chance to flee from the family’s misery and to be independent. Torn between the pressure of Hermsbach and his shattered family, Marco is in danger to break down again. In spite of several defeats he tries to find his way and gets to know the truth of a long guarded secret.

With ELEPHANT HEART, Züli Aladag gives his feature film debut, which enjoyed a lof of notice. The production was successful at the Max Ophüls Film Festival 2002.

Züli Aladag learned the film business from the ranks on. After a short study of theatre-science in Munich, he began job training at Roland Emmerichs last German production "Moon 44". Later on he worked as an author for semi-documentary films in Munick. 1993 he got a fixed commitment as producer at ERASMUS film, which realise high-class documentaries for ARTE and ZDF. In about three years he learned how to develop materials, produced 11 documentaries and worked as director for the first time.

At the age of 28 Züli Aladag began a building-up study for film at the renowned art college for media in Cologne. One of his fellow students was Hans Weingartner ("The white sound"). At that time he made his honoured short films "Zoran", "Bevor der Tag anbricht", "Hör dein Leben". In 1999 he founded jek – junges europäische kino (young European cinema), an initiative that already has produced five films of European directors. In the beginning of 2002 he went to Los Angeles with his scholarship.

At last Züli Aladag developed two materials in cooperation with the WDR, one film for cinema and one TV thriller. In autumn 2002 he shot a "Tatort" in Cologne.

Züli Aladag was born in Van, east turkey in 1968. He came to Stuttgart when he was five years old. Today he lives in Cologne, but wants to move to Berlin soon. 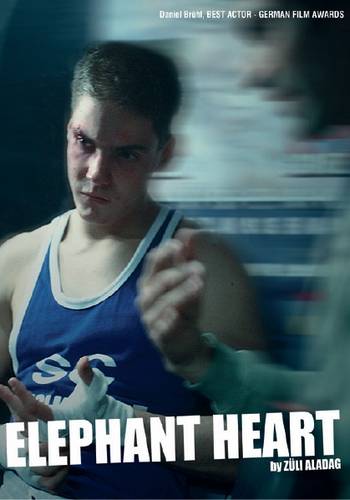