Argentina 1987. It is a hot summer day and a long awaited storm is slowly approaching town. Lucia and her sister Elena are alone. Elena’s friends are fighting the heat at the local swimming pool where gossip is the major sport. Elena joins Ignacio, a doctor that twice her age. Lucia, meanwhile, meets Ana, a friend of his sister and together go to the outskirts. The two sisters live an afternoon of initiation. Lucia and Elena are left to their own desires. A desire that begins and ends in that stormy afternoon, and nothing will be the same for them.

Ines María Barrionuevo lives in Córdoba and works with worldwide demands. She already did short films, documentary and TV Series. With her films she has been in many international festivals, such as Locarno and Mar del Plata. ATLANTIDA is her first feature film.

“I'm interested in people and their links, and the fragile moment containing desire. I like to explore that moment in which we are faced with choices and we must take one path or the other. I think desire moves a lot of emotions we can’t even traduce in words, that we can’t understand but with still move on with life. I work in my films about that.”

Florencia Decall is one of the most young and popular actresses in Cordoba. She started her acting career when she was 8 years old. She stared in three feature films and a lot of shorts films, TV shows and theatre plays.
Sol Zavala started her career in short films and theatres plays. In 2009, she presented her first play, an adaptation from Guillermo Gonzales, "Dracula". ATLANTIDA is her first feature film. 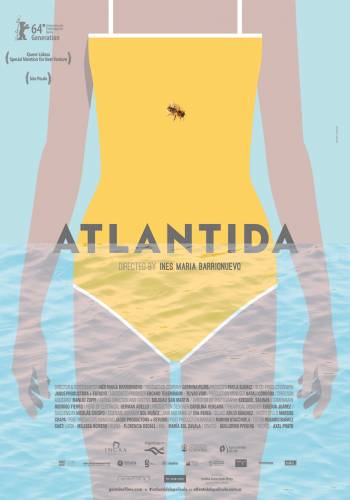